Skip to navigation Skip to content
04
- October
2006
Posted By : Adrian Chan
No Comments
You looking at me? Invisibility at Facebook 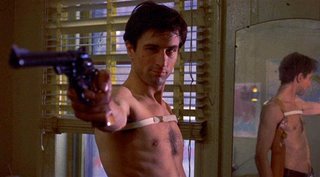 According to Techcrunch last week, Facebook has enabled the following updates to privacy controls, hand in hand with its grand opening (to the public; facebook was an invite only community):

I don’t have anything against Facebook. I’m a triber myself, but that owes more to being in San Francisco and discovering social networking years ago. Tribe today is a hidden gem, a hole in the wall in the bustling downtown of myface.

One can’t help but see the remnants of cliquish antagonisms, though, in the new privacy controls listed above. It seems Facebook members are actually searched out by name (but only by members of a network (read: school/group)). Glad I didn’t do anything terribly cruel to anyone in school. Glad I tied up all those aborted flings and unfinished relationships. Glad I’m old enough that my picture is probably not recognizable to anybody I knew intimately back then! And phew, I knew who my friends were — because I wouldn’t have anybody citing my friendship unless it was the real thing!

Privacy controls have a double function on social networking sites.

One can’t help but view Facebook’s update as an attempt to head off attempts by new members to mine facebook for old connections, friendships, relationships, enmities… It’s as if an online social network were gearing up to meet actual social networks: present, meet the past.