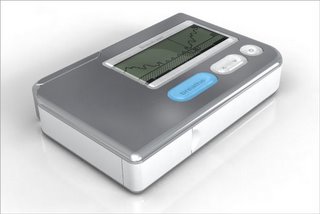 Interesting article about phatic gadgets in Gizmodo today by a designer at Frog Design. These are gadgets that facilitate passing and non-demanding interactions, through wireless or other networks. We use these things sometimes for their entertainment value, sometimes for their connectivity, and presumably for their popularity. Not much point in having a Tomagotchi nobody else can take care of.

One could view each gadget platform as a gateway to a social network of a particular type and (content) theme. The device then is not just a stand-alone, but has social attributes, social “form factors.”

“Phatic interactions abound in the wired community space as well. The advent of camera phones and sites like Flickr only reinforce the trend to moblog the world with mundane photographs. We are wired to connect socially with others, so of course sharing photos is addictive.” Tamagotchi to Xbox: Why The World Can’t Resist Phatic Technologies

But there’s a difference between the communications that devices provide, and those that are sent us by our friends. A quick text “hello” is a friendly greeting, or an inquiry perhaps as to how we’re doing, or gesture that reaches out to say “hey, haven’t heard from you in a while, and this is a low-intensity, low-risk, and non-obligatory request to reconnect…” A message provided by the device’s own application, on the other hand, is a kind of proxy communication. An imitation of interpersonal interaction. It may lead to real communication, coordination (in gaming, of which Tomagotchi’s are an example), or some other social interaction, or not.

Erving Goffman called these small gestures acts of “civil inattention”—means by which to acknowledge others without demanding that they engage with us back. Goffman’s observation that it can be the smallest daily rituals, and the seemingly least informative and most cliched and empty gestures that ritually serve as a social adhesive, was a hallmark of his work.
When it comes to phatic technologies, the issue is really about how we relate to mediated, proxy messaging and communication.

What does it mean to have a device say “hello”? Should we regard that as a signalling design element? Or is it more, as the article suggests? And if it is—if we relate in some more meaningful and “human” way to devices that speak and signal and gesture the small things to us—where do we draw the line between noise and signal, between cute and annoying?

Provided we know the language, every communication suggests appropriate responses. Our responses to phatic gadgets are bound by the same rules. Phatic device design raises some fascinating issues for social interaction designers, because the devices function in a kind of Venn overlap between social interaction and interface. In fact, the distinction between the two domains touches at the heart of the social and the technical. It’ll be our job to find a happy medium between the two.