Skip to navigation Skip to content
14
- July
2006
Posted By : Adrian Chan
No Comments
Podcasts and Podcasting on my mind 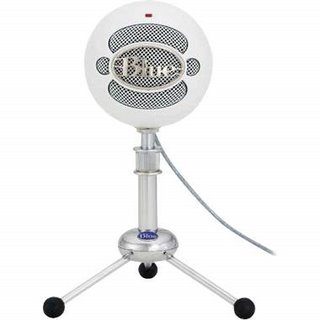 They say that hearing is the first of our senses to come to our awareness — as our mother’s heart beats through the early months of our lives. Marshall McLuhan, a mentor of mine and for a long time, “patron saint” of Wired magazine, made a career out of distinguishing media according to fundamental and primary relationships to our natural senses. His basic position: our perceptions of the world vary by the modes in which we perceive it, and cultures have preferences for the eye, the ear, the voice, the body, and so on (actually that pretty much covers it).

McLuhan wrote that Russians were incensed at our U2 over flights because they didn’t like to be looked in on by spies; in contrast, Americans were outraged to find our Moscow embassy bugged from floor to ceiling, because we don’t like to be listened in on. He wrote that some politicians would have failed during the TV era, that others were made by TV, an observation now famously used to describe the Kennedy-Nixon debates.

Along comes podcasting. Video blogging. Ipods that play video. Cell phones that play video. Televisions that don’t play either (internet-based podcasts or videos). Media are getting mixed and mashed up in a range of consumer products, most of which would of course like to become hits, trends, and market makers.

I do a lot of walking and train riding these days, mostly to get out into the sun, but also to stick a pair of earbuds into my ears and shut out the world. (Kidding about that last part). And I’d like to share some thoughts on podcasts that pick up where this thing kicked off. To wit, there are:

Podcasts of the intimate voice. These are the ones you hear that stop you cold, no matter what you’re doing, the voice in your ears literally speaking to you through those little buds.

Podcasts of the radio. These are the ones that could be on the radio, they have the music and formatting of a radio broadcast and you can tell the speakers aren’t addressing you specifically. They’re really annoying if you have headphones on and the broadcasters aren”t that interesting because you literally can’t think if you leave them in there. These podcasts remain on your iPod as new because you never finish them.

Podcasts of the living room. These are the ones you want to share, because they’re funny, accurate, familiar, and you enjoy grabbing a friend by the shirt to say “check this out.” Whatever it is, you know what it is. These are the ones, too, that are the marketer’s social marketing grail. (They’d like to know what it is that you know, but you can’t tell them because it’s like beauty: you know it when you see it.)

Podcasts of the event. These are the ones that put you in the stadium, the comedy club, on the conference floor, or in the hallway for snacks and refreshments.

Podcasts of the interview. Whether you enjoy these or not depends on the interviewer and interviewee, because an interview must be among the most hit-and-miss formats of information gathering that exists. All information is supplied as an answer to a question. If the questioner doesn’t understand what his/her interviewee knows, how to approach it, with sensitivity for the person as well as a sense of the connection s/he’s making with the audience, the podcast interview winds becomes more like a two-person conversation.

Podcasts of the speech. Speeches can be great podcast material, as long as the speaker’s neither a mime nor a visual presenter, for the speaker is addressing an audience not unlike a radio audience. There’s less danger that you will feel either like an eavesdropper or bystander, though there is a greater chance that you’ll suffer memories of your sister’s third grade Nutcracker ritual (meaning that this was an event you might have attended from the back row, aisle… Speakers can take a long time to get to their point, and podcasts provide us all with a virtual lectern.

Production-Consumption gap. There’s a gap between production of media content and its consumption, a gap opened long ago when we ceased manufacturing things ourselves and handed the process over to industrial means of production instead (recall the Luddites who smashed looms because the sense their social threat). Now, this gap is interesting when what’s produced is not an object, but entertainment. Add recording technology, and you have a fundamental dislocation of production and consumption: a slip-fault unique to production/recording media (and now also distribution media) that explains all the points we listed above.

The product is not produced in front of those who will later consume it. It is produced by participants: people engaged in an activity, talking, acting, filming, playing music, whatever it is is irrelevant. The separation of the podcast audience from the event is possible only when recordings are involved.

The consumption of media objects is also interesting: the thing consumed is consumed by our giving it our attention. (Hence the efforts of attentiontrust.org.) Giving attention to something as an audience member, but not of the live event, is of course asking for a lot. We’ve come to expect a certain professionalism, expertise, investment in production value etc from our media consumables. Well, as was said of the electric guitar (in relation to music and who makes it), we can all make media now. The results so far have been maddening, shocking, really interesting, even profoundly intimate and moving.

But you don’t know which you’re going to get when you spin the little podwheel. Here, then, enters another interesting McLuhanism, though I’ve made it my own and can’t recall any longer how it was first put together. Attention is time, it’s given over time, and while it can ramp up and cool off, approach and then ease back, get wide-eyed, glazed over, and weepy, it’s only over time that it takes shape and form as a relation. Attention is user engagement; user participation (of a sort). That’s why it’s paid, taken, stolen, or given: attention is the new labor, and our surplus of it is as short now as our surplus of labor was when we scraped coal off tunnel walls.

Media content is informative. In fact much of it is information, and is meant to be consumed as information. A lot of podcasts participate in this economy, too. Given that attention takes time (as it takes time to pay attention), consumers get frustrated at not knowing what’s coming. The dissociation of production/recording/consumption appears again and this time combines with our sensory modes (above): we get meta-information about a recording, text, tv or motion picture show, either by previewing the thing first, by using commentary given us in another medium, by hearing about it from others, so that we can gauge whether or not we want to give it our attention.

Podcasts, being often from a new source, ask more of a leap of faith; if they’re no good we’ll quit them (they’re often free, so no big deal). Social networks and sites that rate, list, recommend and other-wise provide the meta information we need help too. Personal recommendations can be very strong influences. Fundamentally though, and unlike video, podcasts consume a great deal of our attention because they take time, they get into our head (try writing while following an interview podcast), and there’s often nothing telling us where it’s headed or whether the whole thing is worth it (i don’t know what’s on my iPod till I’m a block from home).

If you’re in marketing, and you wish to market with podcasts, be they user-generated podcasts or something else, keep your audiences in mind. Because you’re asking them to have you in their minds.