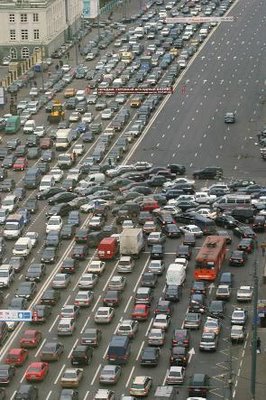 This is just a short post on twitter analytics tools, not the hefty ones but the lite ones. It’s a “get this off my chest” kind of post, combined with a “what do you all think?” To make it clear that I’m not being curmudgeonly or nit picky. Splitting hairs is actually quite fun if done with a group of friends.

Twitalyzer
Inspiration for this has been provided this morning by Twitalyzer, which as its name suggests, is a handy back-pocket device used to detect the blood-alcohol level of idiots. It’s been repurposed, however, to find drunk tweets, or is it twitterers? As it works on the basis that drunk twitterers slur their tweeting, the distinction is moot.

Using algorithms described in company literature as “special sauce” and emblazoned somewhat obliquely with the unusually conversational warning label “Contains nuts, made by nuts, is nuts. Well then, nuts it is!” and spuriously marked down to move (“$5 off! Buy Now!” Which is weird, as the product is originally priced at $1.99.), Twitalyzer measures the speed of tweeting, and calculates impact (damage) based on a number of factors.

Results, or the “TUI” index, establishes whether the user has been Tweeting Under the Influence. Unfortunately for some, it is unable to distinguish between those who are truly Influential, those Under the Influence (of said Influentials), and those simply High on themselves. Close semantic analysis of tweet content reveals that there is little to distinguish a slurred tweet from a disemvoweled tweet, and the twitterverse’s cultural adoption of license pl8 spelings and abbrvtions has reportedly fubarred an un-discloseable number of supercomputers.

Twitter tweet “velocity” should not be an absolute number. Tweeting more, or tweeting a lot, is simply verbosity. Quantity over quality. And to count velocity against the maximum theoretical threshold of 1500/wk is just silly. That’s like calling an F22 Raptor slow (when compared to the speed of light).

Generosity, which is apparently the meaning of retweeting, should be calculated not by total retweets but by loyal retweets. What’s more, retweeting is a mutually beneficial gesture/act on twitter, so let’s not cal it generosity. And please filter out self-promotional, PRetweets, and reputational retweeting.

The case for weighting

All twitter tools should weight metrics against the user’s follower count, and frequency of use. Users who maintain small follower counts should not be discriminated against. Small followings can be much more attentive, loyal, (and cult-like. no, just kidding).

As a user increases his/her follower count s/he may tweet more – this doesn’t mean the tweets are better, nor does it mean they have more weight or influence. The more followers one has, the more one is followed. But many of those followers are following for reasons of their own visibility/twitter profile.

So to provide metrics using absolute numbers makes no sense, unless the goal on twitter is to become the most followed, and most verbose twitter user: a goal very few have ventured to achieve, and fewer still have sought to imitate or compete with. Relative scores beat absolute fools.

Finally, increasing numbers are not the only numbers that matter. There’s something to be said about loyalty, consistency, regularity, and which is flat, not increasing.

Let’s please not ruin twitter by turning it into a giant distributed high school gymnasium.